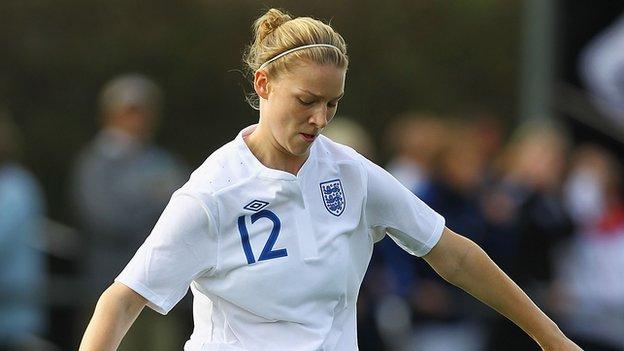 19-year-old Bonner was named after Powell learned Everton defender Fern Whelan would be missing, while veterans Sue and Kelly Smith are also out.

Midfielder Dani Buet and striker Natasha Dowie have also been called up for the match on 31 March.

"Gemma has been doing well at Chelsea and in the Under-23s," said Powell.

"She's raw and has still got a lot to learn, but she deserves a chance to experience the senior set-up and this game gives me an ideal opportunity to have a look at her.

"It's unfortunate that we have had to call her up because of the injury to Fern but it gives Gemma a chance to showcase herself."

England sit in second place in Group Six, five points behind leaders the Netherlands but with a game in hand, while Croatia only have a single point from their first four games.