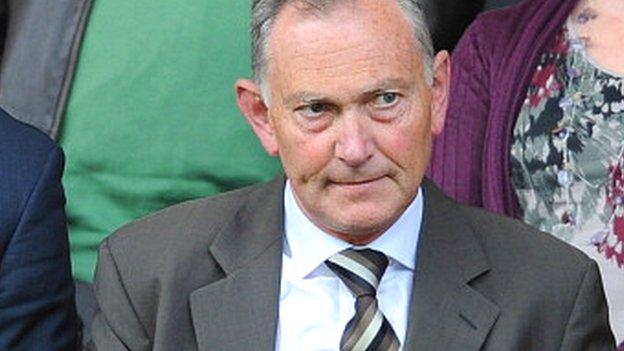 While in Doha for a conference, Richards suggested alcohol should be sold at the 2022 World Cup in Qatar.

The FA board member added that Fifa and Uefa "stole" football from England.

But, asked whether his colleague should be sacked, Scudamore said he was now "moving on" from the row, adding: "He's apologised sincerely."

He added: "The 20 clubs will decide when they've had enough of him, and of me.

Richards, appointed chairman in 1999, later claimed his comments were "light-hearted" and that he would write to Uefa and Fifa.

Scudamore, who has been chief executive of English football's top tier since 1999, added: "He knows who he may have offended. That's a reflection of the fact that he was wrong and misguided.

"I've had 15 years working for him. You know what you get with Dave. He's been great with the Premier League. I'm moving on."