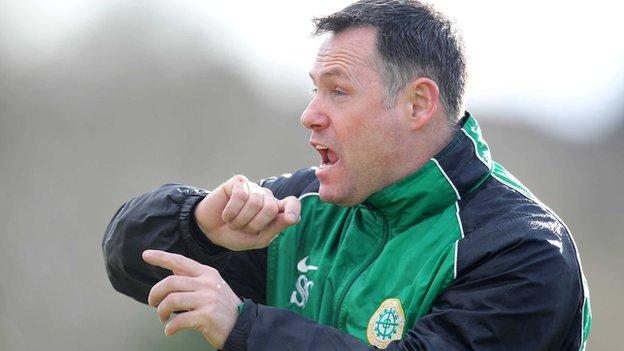 Donegal Celtic fought back from a goal down to beat strugglers Dungannon Swifts in Tuesday's Premiership match at Suffolk Road.

JP Gallagher put the Tyrone club ahead on 32 minutes from the penalty spot after Thomas Lambe had been adjudged to have fouled Michael Ward.

However, Ryan Henderson nodded an equaliser three minutes later before two late goals by the home side.

The Swifts looked dangerous in the first half with DC keeper Robert Robinson doing well to stop an Emmett Friars header on 21 minutes.

Dungannon's enterprise was rewarded by Gallagher's penalty but their lead was shortlived as Henderson headed a Murray cross to the net three minutes later.

Murray wasted a great chance before the break but he atoned with his 92nd-minute clincher after McNamee had nodded DC into the lead six minutes earlier.

The defeat keeps Dungannon firmly in the relegation zone as they lie 10th, only four points ahead of bottom club Carrick Rangers.