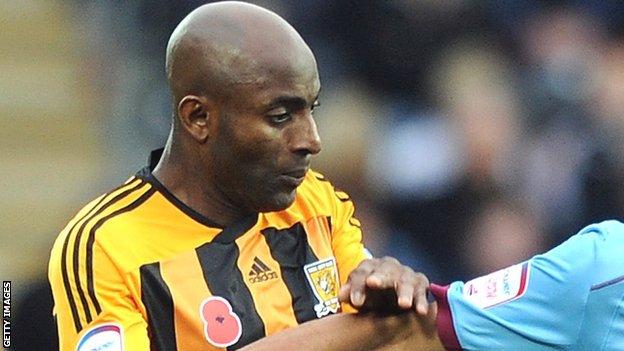 Notts County have signed Hull City striker Dele Adebola on loan until the end of the season.

The ex-Nottingham Forest forward joined the Tigers in the summer, but has only started two games in a total of 10 appearances for the Championship side.

Adebola, 36, began his career with Crewe Alexandra and has played for nine other clubs, including Birmingham City, Crystal Palace and Coventry City.

He was named among the substitutes for Tuesday's game with Sheffield United.