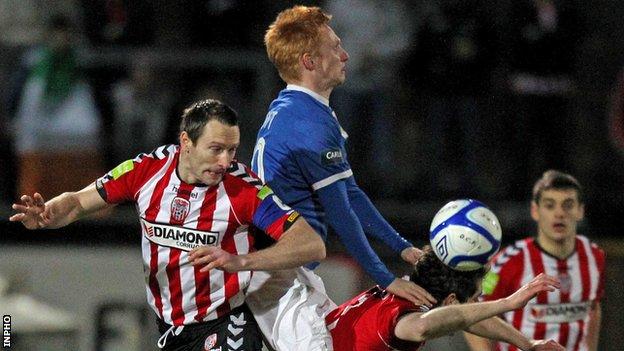 The Setanta Cup football match between Derry City and Linfield has been marred by trouble outside the Brandywell ground after the game.

Eyewitnesses said that a small number of Linfield fans had smashed windows at private houses near the Derry ground.

There were also reports that at least one bus carrying Linfield supporters had windows smashed by local youths.

A director of Derry City football club is also said to have been attacked during the disturbances.

An elaborate security operation took place before the game with Linfield fans not allowed into the Brandywell stadium until moments before the kick-off.

Derry City won the quarter-final second leg tie 3-1 to progress to the semi-finals of the competition.