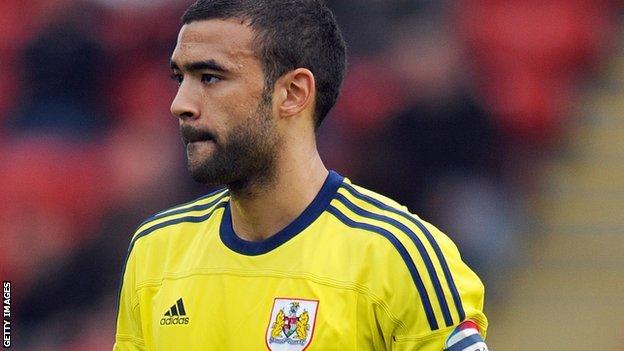 Bristol City have lost their appeal against Liam Fontaine's sending off in their 2-0 defeat by Watford.

The 26-year-old defender was shown a straight red for a challenge on Jonathan Hogg in Tuesday's clash.

Manager Derek McInnes said after the game that they would appeal the decision because there was "no malice or intent" from Fontaine.

But the Football Association have confirmed the card will stand and he will now serve a three-match ban.

Fontaine's absence - for the games against Middlesbrough, Derby and Nottingham Forest - further adds to McInnes' defensive worries, with Lewin Nyatanga, James Wilson and Cole Skuse all sidelined through injury.

"The other night, two or three things went wrong," the Scotsman told BBC Radio Bristol. "It was a difficult night for us all but that just compounded it.

"It now impacts on the next three games. I've spoken often enough about what I think of Liam and the qualities he's got and unfortunatly we are now going to be without him."