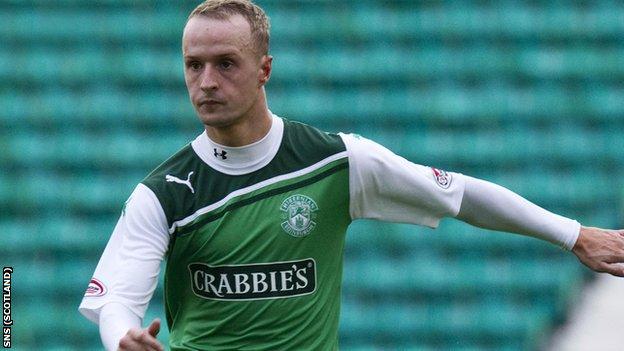 Reports suggested the on-loan striker was involved in an altercation with manager Pat Fenlon and his assistant Billy Brown.

"I'm surprised at the rubbish in the press," he added.

Griffiths, who is on loan from Wolves until the summer, picked up two suspensions within a month this season for gesturing at supporters.

Fenlon said: "As is usual for high-tempo training sessions, involving committed players and coaching staff, robust views and opinions are shared and yesterday's session was no different.

"Leigh is a quality striker and a lively personality and will remain a key part of my team for the rest of the season.

"There's nothing at all in the story. We just want to focus on winning games and getting up the table."

Hibs are four points clear of basement side Dunfermline in the SPL table with eight league games remaining.