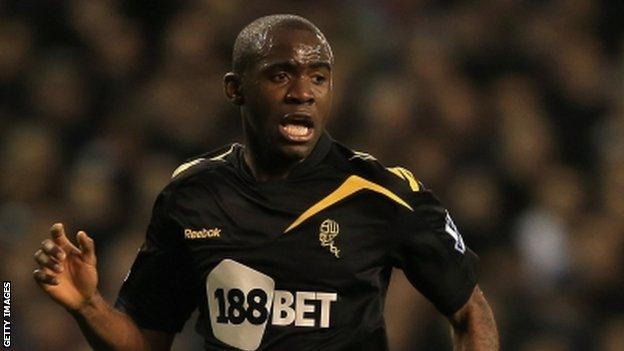 The doctor treating Fabrice Muamba says it is "far too early" to say why the player had a cardiac arrest that left him in effect dead for 78 minutes.

Cardiologist Dr Sam Mohiddin said the most important thing now for a patient like Muamba was neurological recovery.

He also said a special "defibrillator" pacemaker was often implanted into patients following a cardiac arrest.

Dr Mohiddin, who is treating Muamba at London Chest Hospital, told BBC Sport's Dan Roan: "Almost everybody who comes into us with a cardiac arrest, who has been successfully resuscitated, would be considered for a defibrillator because they're life-saving devices.

"What has happened may happen again and, therefore, if there's any risk you want a safety net."

He could not say if Muamba would ever be able to play football again, adding: "I don't think we can even begin to discuss that as it's a question that requires all sorts of unknowns in its answering."

Dr Mohiddin praised the medics who rushed to rescusitate Muamba on the pitch, saying they were "fundamental to his recovery".

He said he could not discuss Muamba's individual medical case but added: "We believe there are certain conditions that predispose an increased risk of cardiac arrhythmias [irregular heartbeats].

"Because competitive athletes are stressing their heart in a way that most of us don't, they are probably at higher risk of sudden death."

Dr Mohiddin said regular heart screening of players would never be perfect and some causes of cardiac arrest could be acquired post-testing, including viruses.

"Screening is not a crystal ball, it does not tell you what will happen, it tells you what might happen."

He said Muamba's recovery so far had "exceeded expectations".

"But it remains early in what could be a lengthy recovery process.

"He is recognising friends and family and there also appears to be a degree of humour in some of his responses."

Meanwhile Bolton will return to action on Saturday after Muamba's family told the club they wanted them to go ahead and fulfil their fixtures.

Tuesday's game against Aston Villa was postponed, with no new date confirmed.

Bolton's FA Cup quarter-final against Tottenham has been rescheduled for Tuesday 27 March at White Hart Lane.