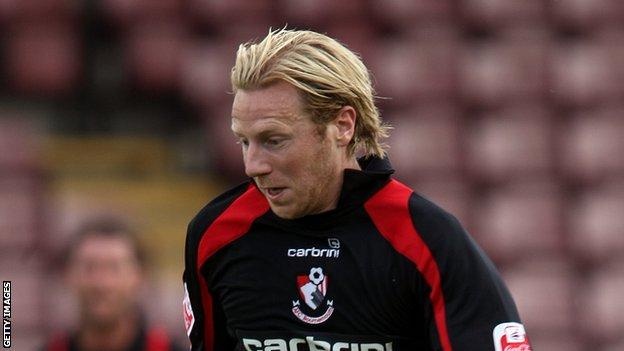 Aldershot have signed AFC Bournemouth midfielder Mark Molesley on loan until the end of the season.

The 31-year-old has made 14 appearances for the Cherries this season, but has not played since December.

Molesley scored one goal in 38 games for the Shots during a spell at the EBB Stadium in 2006-07.

Manager Dean Holdsworth said: "He brings a touch of quality to the squad, is versatile and possesses plenty of energy as a box to box player."