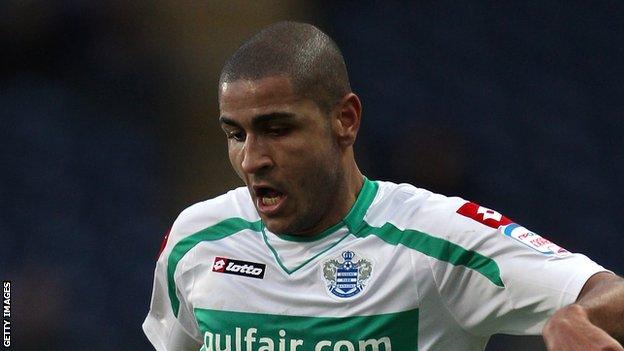 Crawley Town striker Leon Clarke says he is confident he can improve on the first two games of his Reds loan spell.

Clarke, 27, has helped the Reds to back-to-back wins since joining from Charlton but is yet to score.

And he told BBC Sussex: "I hit the ground running at Chesterfield straight away but that hasn't happened here.

"I've had one or two chances that I should have done better with. Hopefully in the games coming up I can get some more chances. The goal is promotion."

Clarke started the season at Swindon but, after a falling out with Robins boss Paolo di Canio, was sent on loan to Chesterfield where he scored nine times in 14 league appearances.

The former Wolves trainee then joined Charlton in January, but was restricted to appearances from the substitutes bench.

"Since I've been at Charlton it's been frustrating," he added. "There were some up and down results but the team was set in stone and it was difficult to break in.

"When the opportunity came [to join Crawley] I jumped at it really.

"I'm starting to get a little partnership going with Gary Alexander and we're starting to understand each other so hopefully that will go well in the future."

Crawley, who lie fifth in the League Two table, entertain Rotherham on Saturday.