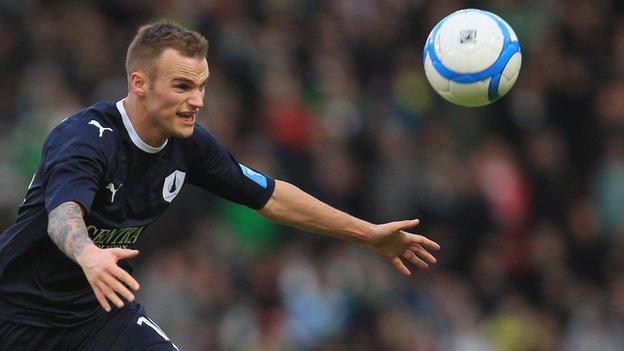 Barnsley have taken striker Kallum Higginbotham on loan from Huddersfield Town until the end of the season.

Higginbotham, 22, who was signed from Falkirk by former boss Lee Clark, has made just one substitute appearance under Simon Grayson.

"With the squad numbers we have it's inevitable some won't make the starting line-up or bench," Grayson told the club's official website.

However, the Terriers could recall Higginbotham after 28 days of the deal.