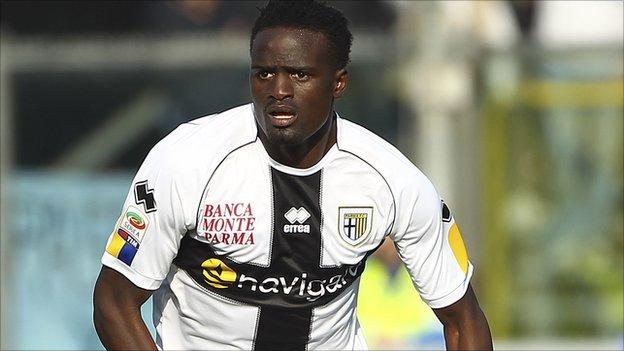 Kenya's football federation (FKF) says it is still to hear from McDonald Mariga after attempting to play down a rift with the star midfielder.

Mariga walked out on the eve of the 2-1 win in a row over unpaid expenses.

"The ball is in his court," says FKF secretary general Omondi Aduda.

The FKF has requested that Mariga forward copies of air tickets and other receipts so that he can be paid some US$20,000 he says he is owed from previous national team trips.

"Up until today, Mariga has now forwarded the invoices to the federation and has not replied to the chairman's correspondence, so we are waiting."

"As of now, there is very little we can do about it."

"He may be busy and I don't want to pre-empt what is happening, but as a federation we have done our part and we are waiting for him to do his."

"Somewhere in the middle, we will meet to hopefully sort out these problems."

Aduda added that it is up to Kenya coach Francis Kimanzi to decide whether he wants Mariga, elder brother of Celtic starlet Victor Wanyama, to contest Kenya matches.

The Harambee Stars have a series of vital qualifiers for both the Nations Cup and 2014 World Cup in June.

The East Africans open their Group F campaign at home to Malawi on the first weekend of June, before travelling to face Namibia a week later.

On the weekend of 15-17 June, Kenya switch attention to the 2013 Nations Cup as they protect their 2-1 lead from the first leg in the Togolese capital Lome.