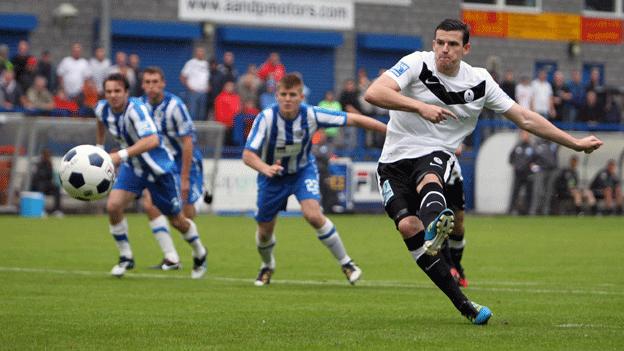 Telford defender Sean Newton has joined Stockport County on loan until the end of the season.

Newton, 23, has made 110 appearances for Telford since joining in 2009 from Barrow in a swap deal for Bucks defender Gareth Jelleyman.

The full-back was an intergral part of the club's promotion from Blue Square Bet North into the top flight of non-league football.