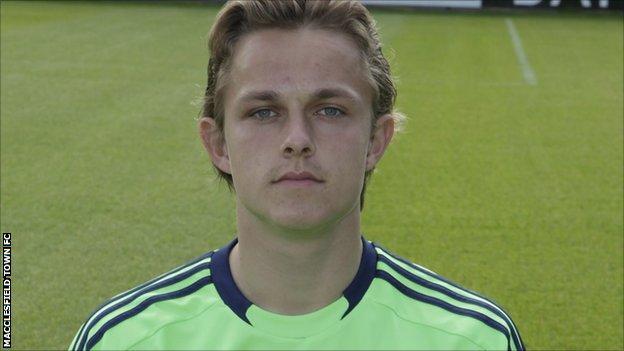 Barrow have signed goalkeeper Jack Cudworth on loan from Macclesfield Town until the end of the season.

Cudworth, 21, joined the Silkmen from Preston North End in the summer of 2010, but has yet to make a first-team appearance for his parent club.

He has enjoyed loan spells at AFC Telford, Welshpool and Rhyl during his time at the Moss Rose.

The Bluebirds were forced to add goalkeeper cover following an injury to Shaun Pearson.