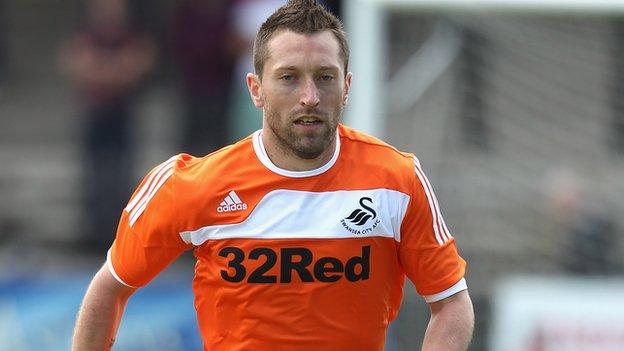 Swansea midfielder Stephen Dobbie has joined Blackpool on loan until the end of the season.

Dobbie, 29, helped the Tangerines to promotion to the Premier League during a four-month loan spell in 2009-10.

He scored in the Swans' play-off victory over Reading last May, but has only made two starts in the top flight this season.

"With just nine games to go it will be good for him to get some games," boss Brendan Rodgers told the club website.