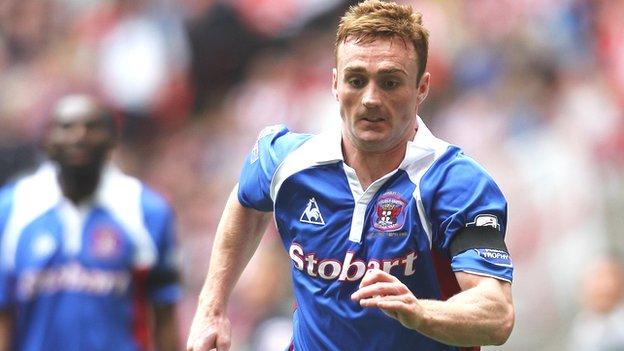 Carlisle United striker Craig Curran has joined Morecambe on loan for the rest of the season.

Curran, 22, started his career at Tranmere Rovers before joining the Cumbrians in 2010 on a free transfer.

At the age of 17, he broke Dixie Dean's record to became the youngest player to score a hat-trick for Rovers.

After scoring eight goals in his first season in Cumbria, he played 90 minutes in the 1-0 Johnstone's Paint Trophy final victory over Brentford.