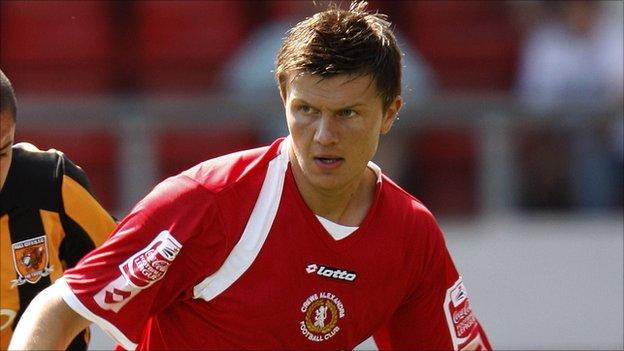 York City have signed midfielder Eugen Bopp until the end of the season.

The 28-year-old has played at Nottingham Forest, Crewe and Rotherham and has recently returned to England after a spell playing in Germany.

York City manager Gary Mills told BBC Radio York: "I've had him up for a couple of weeks training.

"He's a superb player. He's delighted to sign and we've managed to talk about between now and the end of the season, as to where we are with him."

Bopp was born in Kiev but moved to Germany and began his career at Bayern Munich youth academy.

Mills said: "It's another good player coming into the football club that is going to be competition for everybody.

"He wants to get in that team straight away so we'll have to wait and see how that develops."