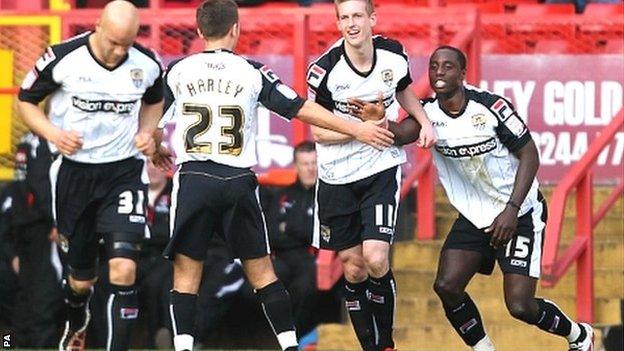 Notts County manager Keith Curle is hopeful on-loan striker Jonathan Forte will not be out for the season despite fracturing three bones in his face.

Forte, who joined from Southampton in January, was injured in the midweek 5-2 home defeat against Sheffield United.

Curle told BBC Radio Nottingham: "It's a nasty knock. He has three fractures, one to his cheekbone, one in his eye socket and one to his tooth lining.

"Hopefully within two to three weeks we will see some improvement."

Curle added: "He is having the bones realigned and it just depends how much movement is involved."

Forte has scored five goals in 11 games for Notts.