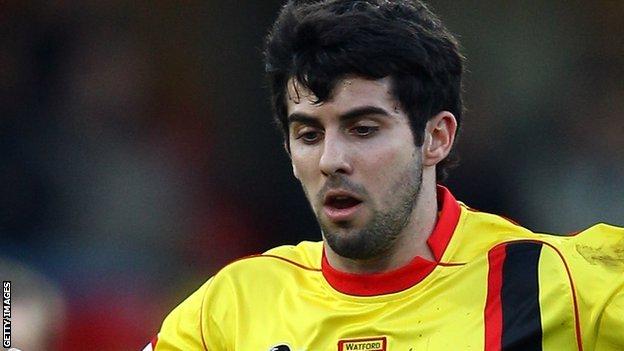 The 20-year-old, who has played seven times for the Hornets, had a loan spell at Brentford earlier this year but did not feature for the Bees.

The signing comes a day after United released five players.

Hayes & Yeading have also confirmed they will continue to groundshare with Woking until October.