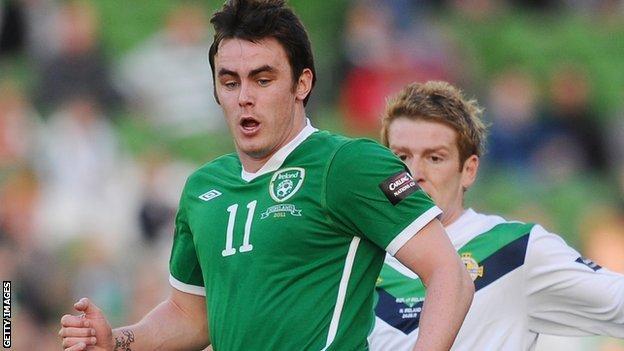 Sheffield Wednesday have signed Burnley midfielder Keith Treacy and Newcastle striker Nile Ranger on loan until the end of the season.

Treacy, 23, began his career with Blackburn, joined Preston in February 2010 and moved to Burnley last July.

Ranger, 20, began his career with Southampton and joined the Magpies in 2008.

The former England Under-19 international had a loan spell with Barnsley earlier in the season.

Republic of Ireland international Treacy returns to Sheffield having played 17 times for the Owls' city rivals United on loan from Blackburn in 2009.

The pair will be eligible for the League One clash against Leyton Orient on Saturday.