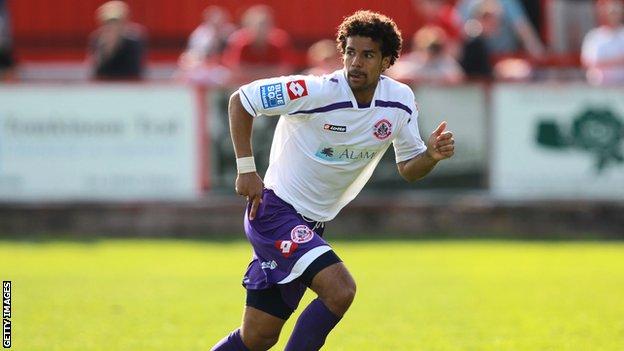 Howell reported an altercation with a fan in the Gordon Road Stand to the assistant referee in the 53rd minute.

The club said: "Gillingham FC will not tolerate any form of racial or homophobic abuse.

"We will take steps to identify and deal firmly with anyone caught acting in such a way."

Gillingham's safety officer and the police were notified shortly after the incident occurred.

A steward also overheard the exchange between Howell and the fan but neither he nor other spectators in the stand could identify the suspect.

Following the final whistle, an anonymous spectator contacted a steward with a potential seat number of the person that may have been involved but the club are appealing for further witnesses.