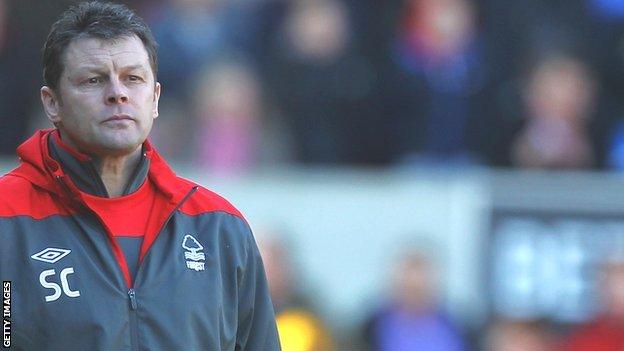 Nottingham Forest manager Steve Cotterill says it is "ludicrous" that so many of his players are out of contract at the end of the season.

Captain Luke Chambers, Garath McCleary, Paul Anderson and Joel Lynch are among those who could leave in the summer.

Cotterill told BBC Radio Nottingham: "Desirable players going out of contract is ludicrous. I don't understand what has happened.

"If I could have [sorted new deals], I would have done before Christmas."

He added: "Players getting into the last year of the contracts is not an ideal situation - let alone when there is five weeks of the season left.

"One of the first things I said when I came in was that players needed to be tied down on contracts now and we haven't been able to do that for one reason or another."