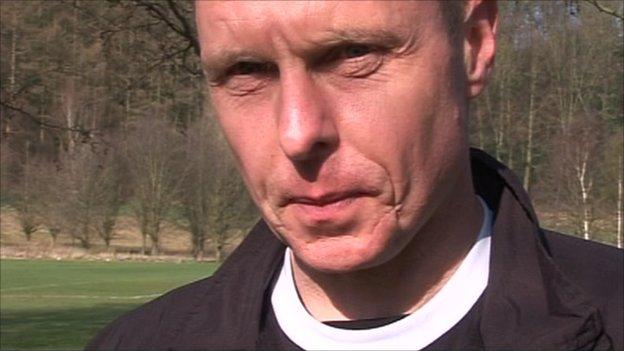 Darlington manager Craig Liddle says he will stay in the role after admitting he considered his future at the club following a 12-game winless run.

Liddle has been working under financial constraints forced by administration, while a 10-point penalty has pushed the club into the relegation zone.

"It's a bit reluctantly I'm still here, but I am because the club means an awful lot to me," Liddle told BBC Tees.

"I'm prepared to stay and fight and see it through."

Liddle had revealed he would consider stepping aside to allow a more experienced manager to come in to salvage the Quakers' Blue Square Bet Premier status.

Going into Saturday's game against Kidderminster, Darlington are four points from safety with nine games left to play.

"I've had a few days away from it all, to try to reflect on things and see how we can move it forward," Liddle continued.

"I've had plenty of discussions with players, family, administrators and everybody is on the understanding that nobody can do any more than I am doing.

"People don't understand what's resting on my shoulders, I'm meeting parents of 16-year-olds tonight to discuss their sons' futures, so I'm not just looking after the first team.

"I've got a whole club resting on my shoulders, and that's why at times it does get a bit too much.

"So we'll get to the end of the season and then re-address everything, and see first of all what league we'll be in, what my role will be at the club if there's one for me and then we'll take it from there."