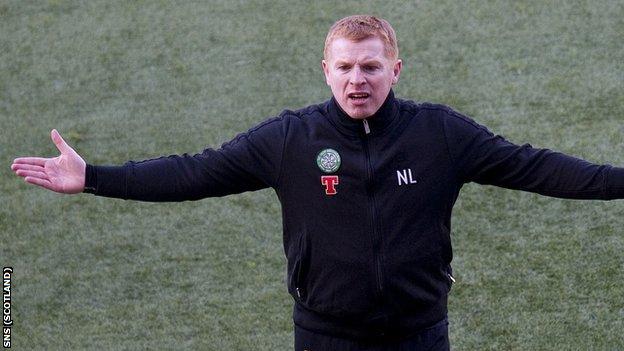 The Celtic manager was unhappy referee Willie Collum did not award his side a penalty and instead booked Anthony Stokes for diving in the 1-0 defeat by Kilmarnock.

Stokes went to ground in the box as he was challenged by Michael Nelson.

Lennon has until 30 March to respond.

Once the Celtic boss has responded, the compliance officer can: offer a fixed suspension, take no action, or pass the matter onto the judicial panel for a decision.

The incident took place after Dieter van Tornhout headed the only goal. Kilmarnock's celebrations were cut short following news that the father of midfielder Liam Kelly died at Hampden from a suspected heart attack.

The defeat ended Celtic's hopes of securing a domestic treble this season.