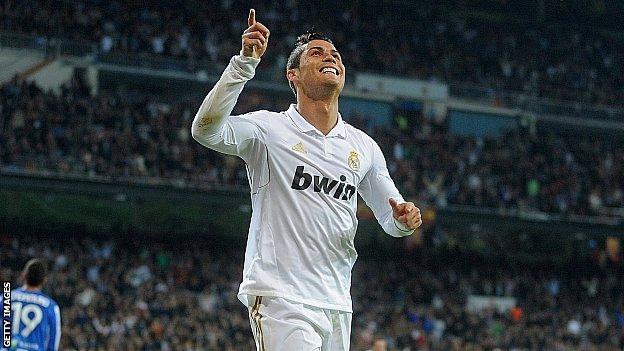 The Portuguese scored twice as Real bounced back from consecutive draws with a 5-1 thrashing of Real Sociedad.

Ronaldo's 35th league goal of the season took him level with Lionel Messi, who scored in Barcelona's 2-0 win at Mallorca.

Both players are closing in on Ronaldo's own record of 40 league goals in a single campaign, set last season.

Messi, who became Barca's all-time top-scorer on Tuesday, now has 55 goals in all competitions this season and 18 in his last nine games.

With nine games of the season remaining, leaders Real have 75 points and Barca 69.

The two sides meet at the Nou Camp on 22 April.