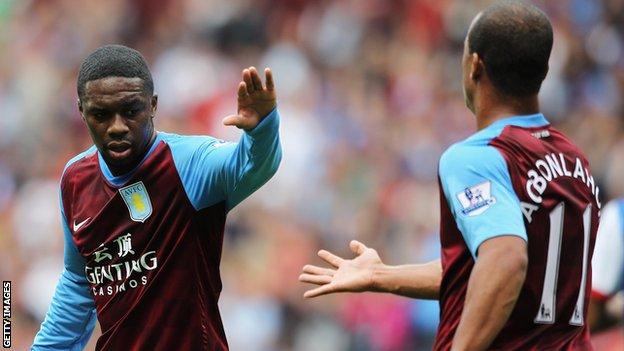 Charles N'Zogbia is set to be sidelined for up to a month with a knee injury, manager Alex McLeish has confirmed.

"Charles is going to get specialist attention in Paris," McLeish said. "We think it's a knee ligament problem, maybe three or four weeks out."

The Scot also revealed full-back Alan Hutton has picked up a calf injury and "could be out for two or three weeks".

Both players missed the 3-0 defeat at Arsenal on Saturday as they joined several established stars on the sidelines.

Centre-back Richard Dunne has not played since he dislocated his shoulder last month, while England international striker Darren Bent is expected to miss the rest of the season after surgery on ruptured ankle ligaments.

"We cannot afford to be without any more experienced players because that was down to the last 11 that you saw today," McLeish said of the Arsenal game.

"The rest of them were injured and we had six young players on the bench."