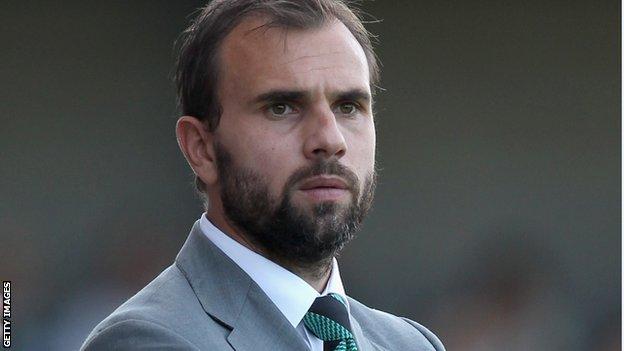 Plymouth Argyle manager Carl Fletcher says he is proud of the way his side dug in as they drew 0-0 at Northampton.

The point kept Argyle above the League Two relegation places with seven games of the season left to play.

"It was a real tough battle, but they dug in really well, so they should be really proud of their efforts today," Fletcher told BBC Radio Devon.

"We had to dig in and do the ugly stuff well and I thought we got better as the game went on."

Fletcher added: "It was just unfortunate we couldn't nick one at the other end which would have topped it off."