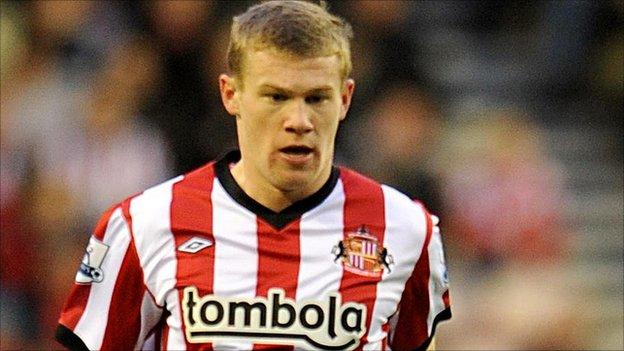 Sunderland winger James McClean is hopeful of securing a Wembley appearance to cap off an impressive debut season on Wearside.

McClean, 22, should figure in Tuesday's FA Cup tie against Everton, with the winners booking a semi-final date with Liverpool at the national stadium.

"The opportunity is massive, it's the chance to play at Wembley," McClean told BBC Newcastle.

"We go into the game in confidence, hopefully we can get the job done."

Since making his debut in December, McLean has been capped by the Republic of Ireland senior side and scored five goals in 21 matches.

It has been a rapid rise to prominence for the Derry-born player, who, having moved from Derry City for £350,000 in August, signed an improved three-year contract last week on the back of his form for the Black Cats.

"When I was a kid, and even last year you're watching the cup final day, the build up, and thinking how much you'd love to be involved in all that," McClean added.

"We're only two games away from the final, so hopefully we can get there and when we get there get a result."