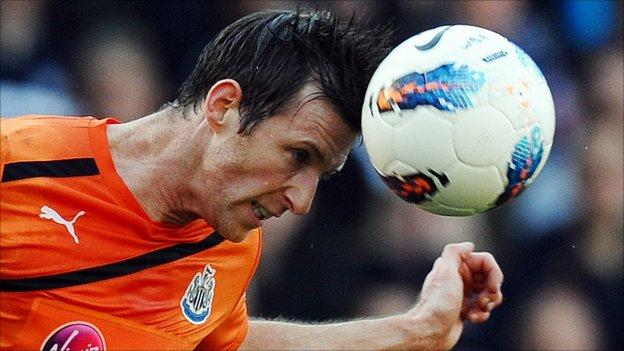 Newcastle defender Mike Williamson has said the players are not focused on league positions at this stage despite a push for European contention.

The 3-1 win at West Bromwich Albion maintained the Magpies' sixth place in the Premier League and took the side level on points with Chelsea in fifth.

"We've had a few results go our way, but there's still a long way to go," Williamson told BBC Newcastle.

"We're an honest group taking each game as it comes and keeping up momentum."

Liverpool provide the opposition for Williamson and company next weekend, a side whom Newcastle eased eight points clear of after Sunday's success.

That advantage was achieved as Kenny Dalglish's side were beaten 2-1 by strugglers Wigan on Saturday, their fourth league defeat in five games.

"It's a very important game at home, so hopefully we can turn up and do well," Williamson added.

"They'll be looking for a reaction, they've had a few sloppy results, but are a fantastic team and have quality throughout."