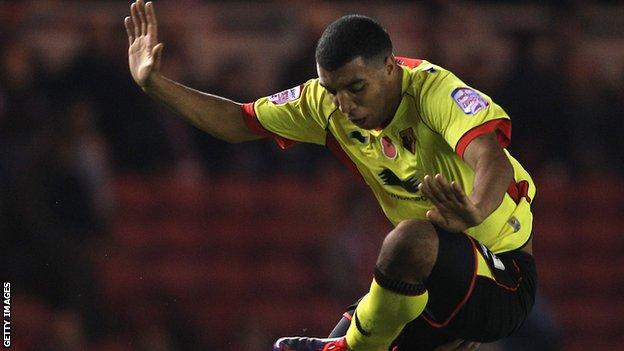 Watford have rewarded striker Troy Deeney with a contract extension to the end of next season.

The 23-year-old scored the winner in Saturday's 2-1 victory over Ipswich, his eighth goal of the campaign.

The club had an option clause in Deeney's contract to extend it for a further 12 months.

"Options such as these are commonplace in our player's contracts," football business director Ross Wilson told the club's official website.

Deeney, who was released by Aston Villa as a youngster, joined Watford from Walsall in August 2010 for an initial fee of £500,000.

Should the Hornets reach the Premier League, they would be eligible to pay the Saddlers an extra £150,000.