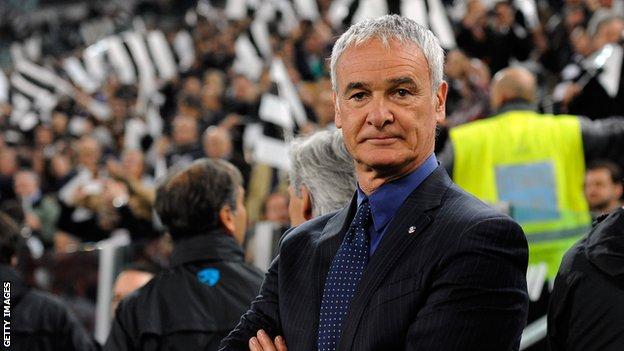 Inter Milan have sacked coach Claudio Ranieri after only one win in their last 10 league matches.

The former Chelsea boss took charge at the San Siro in September, replacing Gian Piero Gasperini, who was dismissed after only five games in charge.

"It is a surprise, everyone thought he would go at the end of the season. He was seen as someone who could squeeze something out of the veteran players, but when it appeared that the season was over they moved to get rid of him now. Laurent Blanc and Andre Villas-Boas will be the favourites to take over."

Despite Inter's poor run, president Massimo Moratti said earlier on Monday: "I think that Claudio Ranieri will remain until the end of the season."

Stramaccioni led Inter's youth side to a win over Ajax in the NextGen Series final on Sunday.

Following Sunday's defeat by Juventus, Inter sit eighth in Serie A, 22 points behind their local rivals, who top the table.

They were also knocked out of the Champions League in the last 16 by Marseille earlier this month.

A statement on the club's website said: "President Massimo Moratti and everyone at Inter Milan would like to thank Claudio Ranieri and his staff for their professionalism, dedication and honesty during their time in charge of the team."