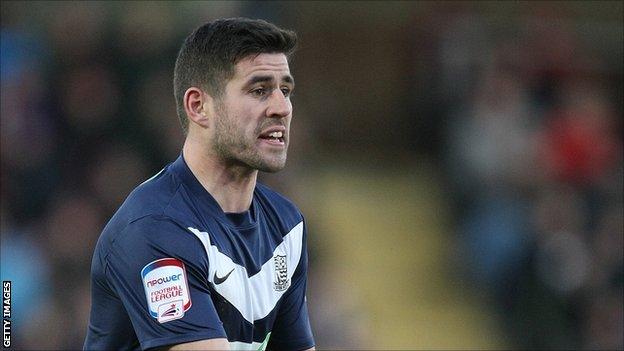 Southend United midfielder Michael Timlin says the club have not given up hope of achieving automatic promotion.

The Blues have dropped to fifth in League Two after winning just two of their last eight matches.

But Timlin told BBC Essex: "We just have to make sure we step up to the plate, put on the show that the fans need and hopefully get the results that we need.

"You'd rather be in this scenario than be mid-table playing for nothing."

The Essex side went on a 17-match unbeaten run between September and December last year, but since that run ended they have lost nine of their last 20 league matches.