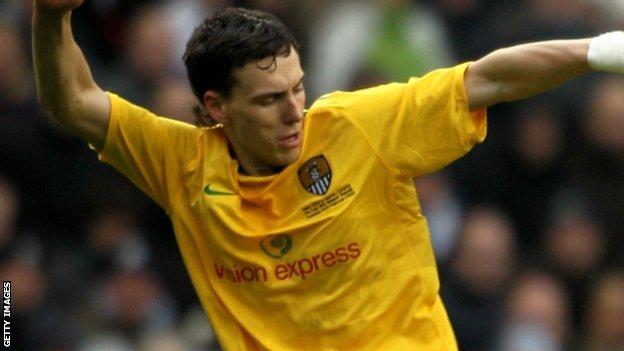 Exeter City boss Paul Tisdale hopes to have new signing Alan Gow available for the visit of Colchester on Saturday.

But Exeter were not able to get international clearance in time for him to be available for the 2-0 loss at Tranmere on Saturday.

"I don't think it's the easiest place to do administrative work," Tisdale told BBC Radio Devon.

"But hopefully he'll be available next week.

"There was I think a strong possibility that officials in India would struggle to get things delivered in the space of 48 hours to us."

Former Rangers and Plymouth Argyle forward Gow joined along with ex-Tottenham and Barnsley winger Rohan Ricketts last week as Tisdale strengthened his squad as Exeter try to avoid relegation from League One.