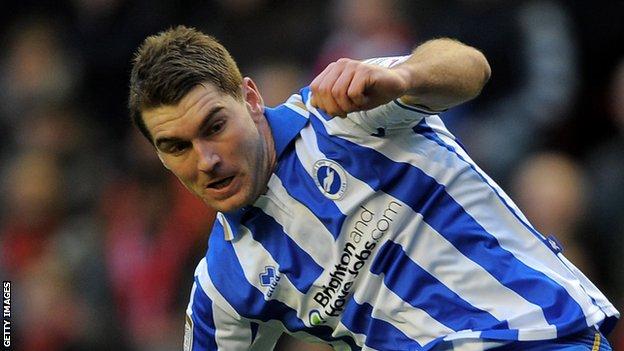 Sam Vokes says he would consider extending his stay with Brighton & Hove Albion.

The 22-year-old striker, who is on loan from Wolves until the end of the season, has hit three goals in 12 appearances for the Seagulls.

He told BBC Sussex: "I've had a few clubs this season but I like it down here. There's a feeling that there are big things to come.

The Wales international added: "To play games and score goals is what you want as a striker. If I can carry that on and help the boys get promoted it will be massive.

"We'll see what happens at the end of the season."

The Seagulls currently sit in the Championship play-off places in their first campaign in the second tier since 2005-06.

They face promotion rivals Middlesbrough and Reading at the Amex Stadium in their next three games and Vokes believes continuing their fine home form is a must if they are to win back-to-back promotions.

"We've shown this season it's a tough place for teams to come," he continued.

"We've made it a fortress since I've been here and we look very strong. They are the kind of games we need to pick up points in."