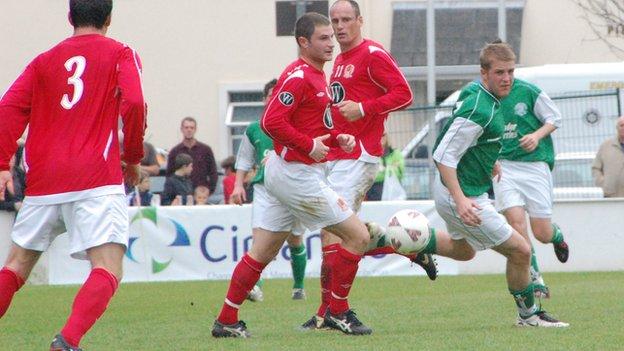 Jersey boss Craig Culkin has named his 16-man squad for the Inter-League semi-final against Cheshire.

Defender Stuart Andre is back for the islanders, one of two changes from the side which in the last round.

The Cheshire League announced an initial 22-man squad earlier in March for the game at Springfield Stadium.

The tournament winners will represent England in the 2012/13 European Inter-League Cup.

Kick-off for next Saturday's semi-final has been put back to 1900 BST to help Cheshire's travel arrangements.

The Isle of Man League await the winners after overcoming the Southern Amateur League 2-1 in the other semi-final.