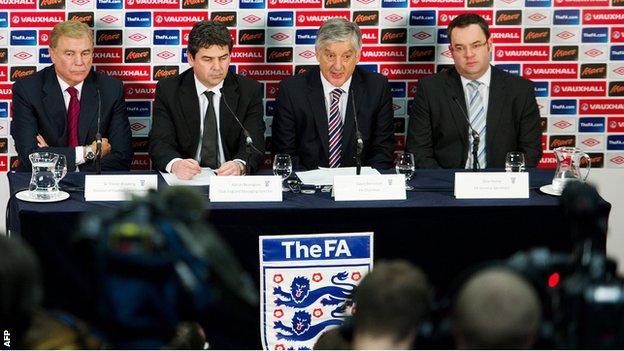 The Football Association plans to appoint a permanent technical director for the first time in a decade.

An experienced manager has been targeted to run the new national football centre at St George's Park.

Howard Wilkinson was the only other previous permanent incumbent.

General secretary Alex Horne said the position was part of the FA's drive to improve "the technical ability and knowledge of our players and coaches".

Since Wilkinson quit the post in 2002 to manage Sunderland, only Les Reed has performed the function on a temporary basis before the governing body parted ways with him two years later.

The new permanent technical director will report to director of football development, Trevor Brooking, and any candidate will have to possess a UEFA Pro Licence or equivalent, the FA announced on Tuesday.

The £100 million St George's Park centre near Burton-upon-Trent is due to open in the summer and is at the heart of the FA's drive to raise the standard of football at both elite and grassroots level.

The complex is intended to be the training base for all England teams and act as the focal point for the FA's coaching and player development work.

It will contain the latest sports science and medical facilities, as well as 12 training pitches.

The EPPP contains 25 proposals to improve the chances of domestic talent breaking through into first-team football and was revealed by Brooking in January 2011.