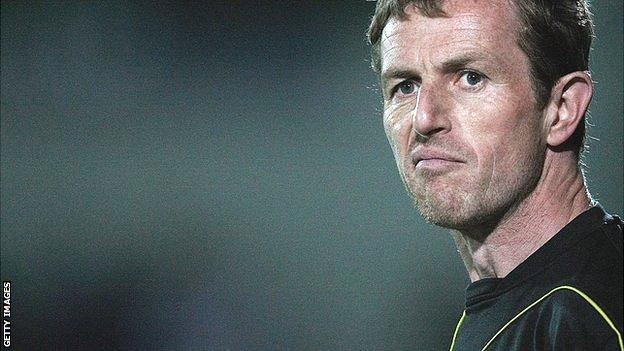 The Brewers, who sacked boss Paul Peschisolido on 17 March, have gone 16 games without a win and are only seven points above the League Two drop zone.

Rowett told BBC Radio Derby: "I think we will get more success if we can be a bit stronger and a bit more organised.

"Perhaps we have hoped that individuals would win us games."

Burton lost 4-0 to AFC Wimbledon on Saturday in Rowett's second game in charge and have now lost eight matches in a row.

And Rowett says they have to get back to basics to arrest their slump.

"I don't want to be flimsy with the team shape," he added. "I believe as a team, we will achieve more than as individuals.

"I want everyone to know exactly what their role is within the team defensively and then, when we win the ball, we have a nice solid base to go and play our football.

"They are not fit enough to play the way I want them to play at this moment. Perhaps we will just have to adjust that.