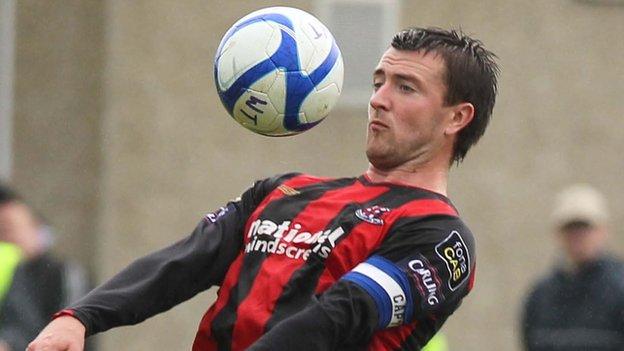 The 28-year-old has been a key player for the Crues following his move to Seaview from Portadown in 2008.

McKeown started his career in England with Derby County and he played for Ards and Lisburn Distillery before joining Portadown.

He won the Irish Cup with Crusaders in 2009 and Stephen Baxter's side are in the semi-finals this season.