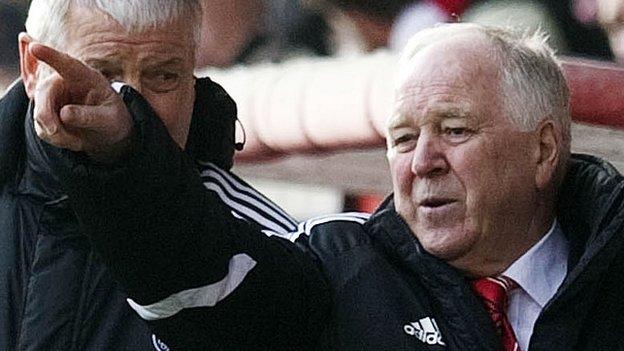 The Dons face Hibernian at Hampden on 14 April and Brown will assess the quartet in a friendly next week.

Brown said: "Fraser, Isaac and Stephen Hughes, if they are fit enough to play at Peterhead, then they come into contention for the semi-final.

"I am pleased to say Russell Anderson is added to that list."

It does not have to be the strikers who always score

Anderson and Hughes arrived at Pittodrie in January and both currently have hamstring problems, with the former yet to play in his second spell with the club.

Fyvie is recovering from ankle ligament damage, while Osbourne has not played since limping off against Forfar Athletic in January.

Meanwhile, Brown has urged his side to score more goals from midfield and set pieces.

"Everyone knows goal scoring is a priority for us," he added on Aberdeen's website. "If we were to sort that we would be very comfortable but we are still not getting goals.

"It does not have to be the strikers who always score.

"Throughout the season we have not been able to score from set pieces or from deeper positions. We do not have a consistent threat apart from Scott Vernon.

"It is something we have to address."