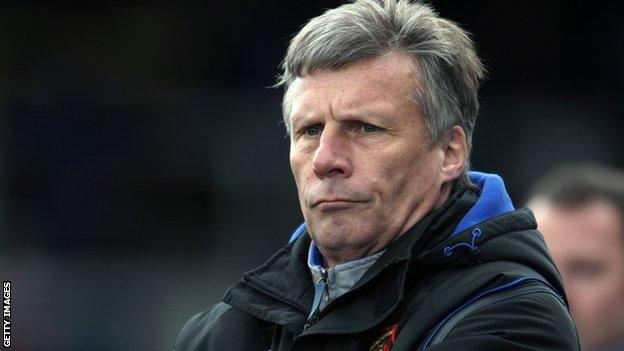 Ward, who worked at Molineux under Colin Lee and Dave Jones, helped bring Connor to the club in 1999.

"Terry's finding it tough and needs everybody to pull together and get rallied round to pick up points," Ward told BBC WM.

"Obviously I was instrumental in taking Terry to the football club and he's done a great job."

The much-travelled, vastly-experienced Ward, who himself had a brief spell as Wolves caretaker after Lee's departure in December 2000, added: "Terry finds himself in a situation that he certainly didn't expect four or five games ago.

"It's not an easy one to step into. I managed it for four games."

I want them to be a Premier League club next season

Wolves have claimed only one point in five matches since Connor succeeded Mick McCarthy, a run of results that has left them at the foot of the Premier League.

But Ward is hopeful that the Black Country side can defy the odds and retain their Premier League status for a fourth year.

"I've only seen them from a distance," said Ward, 60, now in charge of League One side Colchester United. "So I'm not that qualified to talk about the players too much.

"But what I do know is I've seen the players working hard and they care and Terry obviously cares about it.