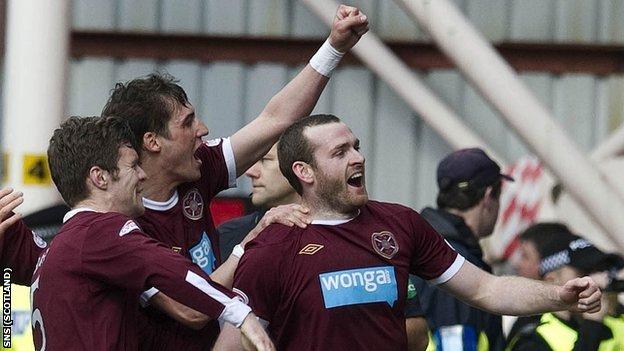 The club confirmed on 16 March there had been a delay to wage payments and expressed frustration that more players had not left Tynecastle in January.

Delays on three consecutive months led players to complain to the Scottish Premier League in December.

January wages arrived late by one day and the league chose not to follow up with a charge of "failing to behave with the utmost good faith to the SPL".