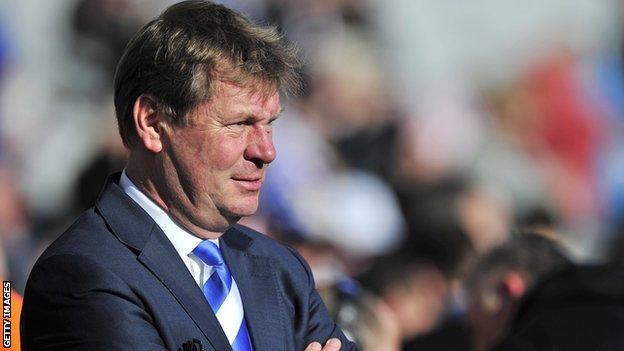 QPR chief executive Philip Beard is confident the club will keep their star players even if they are relegated.

Rangers have invested heavily in their squad but are currently third from bottom of the Premier League.

They made five permanent signings after Tony Fernandes's takeover in August and another three when Mark Hughes replaced Neil Warnock as manager in January.

"If we do not stay up I anticipate the vast majority will stay at QPR to try to help us get back," said Beard.

QPR are one point from safety after losing their last match against Sunderland and they still have to play all of the top five teams in the league in their final eight matches of the season.

"We were very active in the 10 days after the takeover in August and fairly active in January and I'll stand behind every single one of those contracts irrespective of what happens," added Beard.

"We've gone into this with our eyes wide open."

He also revealed QPR would consider the possibility of ground-sharing as they look to build a new stadium, but ruled out any possibility of doing so with neighbours Chelsea.

"I do think there's a platform where discussions would take place on success and viability of ground-sharing but at the moment that's very emotional for football fans," he said.

Meanwhile, captain Joey Barton believes everyone in the QPR squad is playing for their future as they look to avoid relegation.

"This is more than a game of football now. The next eight games govern our futures," he told the official club website.

"There are livelihoods on the line here. I'm not sure that's the case at Arsenal to be honest."