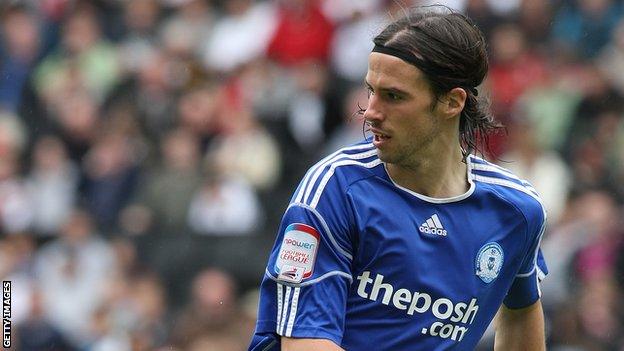 Both Boyd, who has played 257 times for Posh, and Taylor have one year left on their current contracts.

"If a player gets to his last year and he turns down a contract offer he goes on the list," director of football Barry Fry told BBC Late Kick Off.

Boyd joined Posh from Stevenage in 2007 and has been part of three promotion campaigns, scoring 68 goals along the way.

The 26-year-old came close to leaving Peterborough in 2010 when he moved to Nottingham Forest on loan, but returned to Cambridgeshire when he failed to secure a permanent deal at the City Ground.

"George Boyd has been a marvellous servant to the club," said Fry.

"He's played almost 260 games, scored over 60 goals as a winger and he won't talk about a new contract so he'll be on the list."

The 24-year-old has scored 11 goals in 38 league appearances so far this season.

Ferguson told BBC Radio Cambridgeshire: "We've offered him a better contract than anyone else at this club, so we can't do any more.

"He sees his future as a Premier League player so we'll have to move on."

Owner Darragh MacAnthony has claimed as many as 12 clubs have already expressed an interest in the former Manchester City trainee.

Meanwhile, Knight-Percival, who has been converted from a midfielder to a centre-half by Wrexham, will join Posh in the summer.

The 25-year-old has played 43 times this season for the Blue Square Bet Premier promotion chasers.

"We have signed Nat on a pre-contract and he will join us at the end of the current season," Fry told the Peterborough Evening Telegraph.

"The manager went to watch Wrexham and Brighton in an FA Cup tie and liked what he saw of Nat."