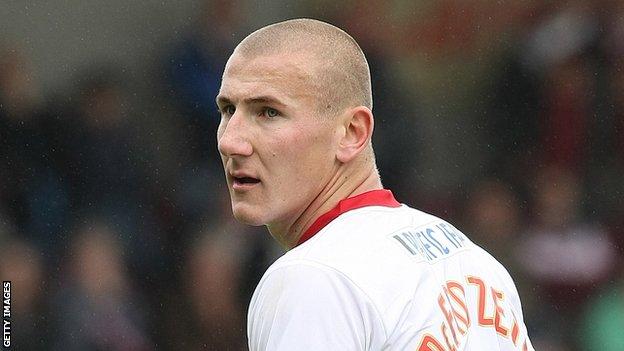 Crawley Town defender Kyle McFadzean has been banned for three matches after being found guilty of violent conduct by the Football Association.

The charge related to the post-match brawl at Bradford last week.

McFadzean was not sent off during the League Two game but has been suspended on the basis of video evidence.

Meanwhile AFC Bournemouth defender Warren Cummings will stay at Crawley until the end of the season after having his loan deal extended.

The 31-year-old has made six appearances for the Reds since joining on an initial one-month deal in March.