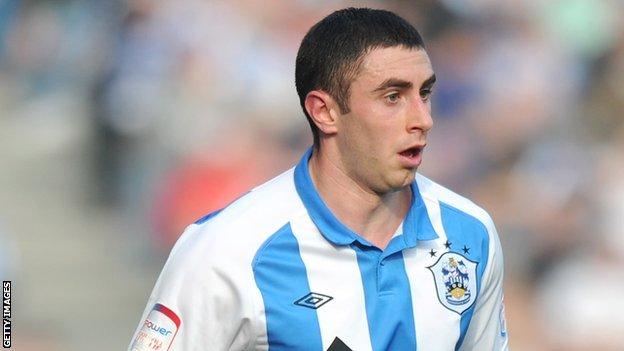 Huddersfield Town striker Lee Novak believes that every game is "must win" if the Terriers are to get automatic promotion from League One.

A last minute defeat at Carlisle on Saturday means they now sit eight points behind second-placed Sheffield United with seven games to play.

Novak, 23, told BBC Radio Leeds: "We've got to win every game now because we're so far behind.

"We've shown before what we're capable of so we know we can do it."

He added: "It was heartbreaking to lose in the last minute on Saturday but we have to forget about that now.

"We can't worry too much about who we're playing, we just need to put on a performance and make sure we're better than our opponent.

"We've got Sheffield Wednesday here at the weekend so we have to pick ourselves up and keep winning."

Town have the chance to close the gap on the Blades and third-placed Wednesday when they travel to Leyton Orient on Tuesday.