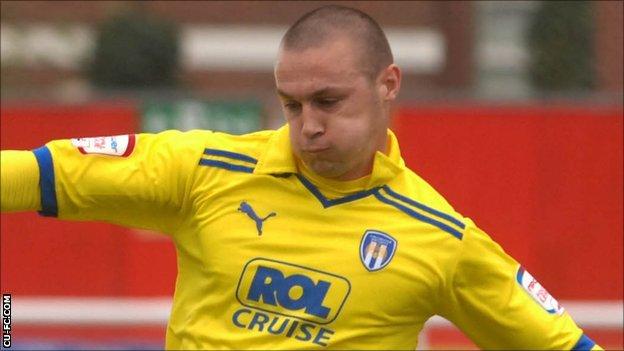 Colchester United defender Michael Rose is hoping to hold down a first team role after starting his first game for four months.

Rose got his chance in the League One draw with Exeter last Saturday.

The 29-year-old told BBC Essex: "I've not played since Boxing Day, it's been a long wait.

"It's not really got going for me this year, I'll probably write this [season] off. Hopefully I can put a run together now and play each game."

Rose joined Colchester on a free transfer from Swindon in the summer, signing a two-year contract.

He played at left-back for the first few games of the season, before Ben Coker and then John White won the starting berth ahead of him.

The former Stockport and Yeovil man added: "Johnny White's been doing great there. I'd put him up there and says he's our best defender. It'd be nice to get a few more games, we'll see what happens."