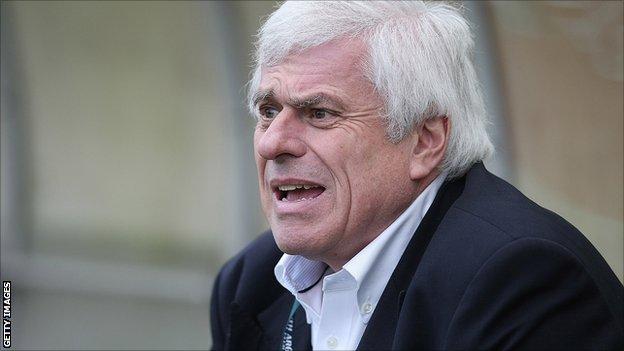 The 44-year-old has had a difficult start to his reign at Deepdale, winning two of his first 15 games in charge.

Westley also accused four of his own players of leaking team news and tactics to Sheffield Wednesday before a 2-0 defeat to the Owls on Saturday.

"All I can tell you is this football club 100% supports the manager," Ridsdale told BBC Radio Lancashire.

"I had the longest-serving manager in the Championship when I was at Cardiff in Dave Jones.

"You've just got to look at Arsenal and Manchester United. Clubs that succeed appoint a manager, back a manager and have stability."

Ridsdale added that the club will not be making any further comment regarding Saturday's match at Hillsborough and said the matter has now been dealt with.

"We've had a number of internal meetings with the playing squad," he said. "I'm now happy that what's been said inside the football club brings this matter to a close.

"We've all agreed that we'll move on and what we won't do is get sucked into any further detailed commentary about what happened on Saturday.

"We've all learned lessons and we're going to move on."

Preston, currently 16th in League One and six points above the relegation zone, host MK Dons on Saturday.