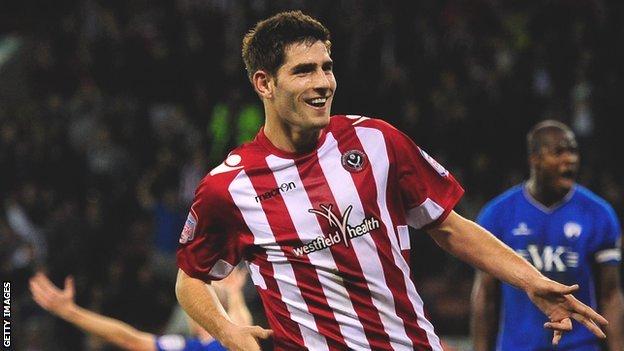 Evans, 23, has scored 31 goals in all competitions for the Blades this season but is out of contract in the summer.

Wilson told BBC Radio Sheffield: "We'll do our level best to keep him. The fact of the matter is the economics of the club had to be addressed this season.

"If we go up that'll ease slightly, but the fact is we need the club to be financially stable."

Sheffield United are the leading scorers in the top four divisions in England with 78 goals, two more than Premier League leaders Manchester United.

After Evans' hat-trick against Chesterfield last week Wilson said he believes the Sheffield United man is the more complete player.

"There's no doubt about it for me, Jordan's a fantastic player but I just think there's one or two areas where Ched shades it," he said.

"He's got a trick in his locker, he's got pace and he's got power but he can also finish.

"Having said that it would be brilliant to have the pair of them together in the same team."

Evans joined the Blades for £3m in July 2009 and endured a difficult first two campaigns at Bramall Lane, scoring just 13 times, before finding form this season.