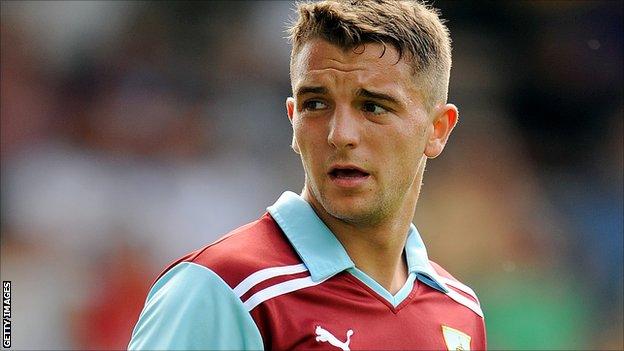 Burnley manager Eddie Howe has admitted it will be difficult to keep striker Jay Rodriguez at Turf Moor beyond the end of the season.

Rodriguez has been in sparkling form this season, scoring 21 goals in all competitions, and Howe expects interest in the 22-year-old this summer.

He told BBC Radio Lancashire: "I'm sure there will be clubs looking at him so we'll wait and see on that one.

"I'm sure it will be difficult to keep hold of him, but we would love to."

Howe continued: "Any Premier League team that watches our games and does their homework will see what a season he's had.

"They'll look at his age, his goalscoring record and all of the attributes that he's got."

Rodriguez, who made his first-team debut as an 18-year-old in December 2007, is currently suffering from a groin problem which could rule him out for the rest of the season.

Fellow striker Martin Paterson has joined Rodriguez on the sidelines after picking up a hamstring problem in the 5-1 win at Portsmouth on Saturday.

Charlie Austin, who scored a hat-trick as a substitute at Fratton Park, is likely to lead the Clarets' attack when they host Birmingham on Tuesday.