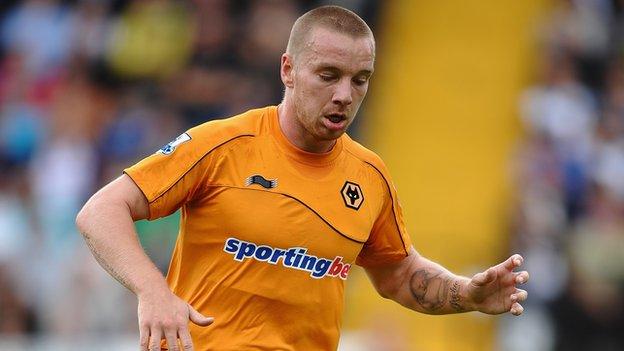 Wolves midfielder Jamie O'Hara has been ruled out for the rest of the season after undergoing surgery on a persistent groin injury.

The 25-year-old, who had an operation on a double hernia in December, last played in the loss to Blackburn, which prompted a heated exchange with fans.

Recovery will take six to eight weeks and he will now miss his team's fight for Premier League survival.

Jody Craddock will also be out for five weeks after a hamstring surgery.

"Both Jamie and Jody have undergone successful operations," the head of Wolves' medical department Steve Kemp confirmed to the club's official website.

"Jamie has been struggling with a groin problem for several months and every attempt had been made to maintain his availability whilst trying to strengthen and rehabilitate the groin at the same time.

"Unfortunately this was not possible and it is hoped that surgery should rectify the problem.

"Jody has also undergone a minor procedure on a persistent hamstring problem and, while it is always difficult to predict, he is hoping to be available again within five weeks if his rehabilitation progresses well."